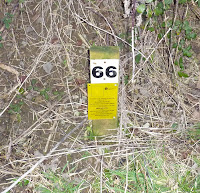 Waiting for Bela this morning it felt more like Spring rather than mid winter, even the birds agreed brightening up the start of the day with their dawn chorus.
Bela and I decided to guest in the Landsend Individual League today with Bela deciding on and myself on Johns Walter's Lake (the “Third” ). I choose this because you don’t usually have to fish further than 13 metres off any peg, whereas Specimen it can be up to 17 metres! Many Anglers complain about the walk, I timed myself and it is five minutes with the tackle, not exactly a marathon.
After two days of bad luck with losing five fence panels and the Television breaking down and having to by a new one (when was it that they stop repairing them with new valves) I was anticipating the three bad lucks in a row today. So in to the draw plastic container and out comes peg 66. According to the specialist – Tony Rixon it wasn’t a good draw, so was it to be the third in a row? 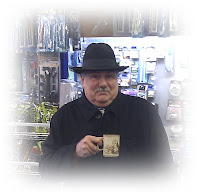 Once again I had the Leicester Lad – Ray Bazeley for company who was on end peg 58. Ray is pictured right, photographed by Tony in his shop – “The Gangster without a gang”. Ray’s hat got a right ribbing from Tony’s coffee drinkers.
I set up two rigs a 4x14 and a 4x12 Jolly’s. The heavier rig was for down the track at 10 and 11.5 metres the lighter rig for either each side margin and over at 12 metres to the end of the island. I plumbed around a found the topography was all over the place it was deeper in the margin than out in front and the further I went to the left the deeper it got, at 10 o clock to the left it was a 10 inches deeper, which is significant in 3 foot of water. The sun was reflecting on the 10 o clock swim so I decided to leave this until Paul Haines on peg 68 (next peg to the left)  had, had a few Carp and hopefully chased them into this swim. So I started out in front using 3mm expander over kindered micro and I kept missing un-missable bites, so switched to single maggot and soon found the culprits – 1oz Ronnie’s. So I switch round to caster over caster and had another six Ronnie’s before the swim died. I didn’t have another bite from this swim. Having cupped a significant amount of dead maggot over to the far bank I switched to this line, with double red on the hook, this resulted in two ½ oz Ronnie’s. I did have a "Mick Jagger", picking up some stones in the butt section and having them roll down whilst shipping out!! In to the RH margin where I had fed a few casters and I missed a bite on caster, I could see small Ronnie’s flashing up in the water. So I put on two floro Pinkies and had another tiny Ronnie. I started to feed the down wind LH margin with dead reds and micro. It was now half way through the match and I had less than a pound of captured Ronnie’s. So it was time for a coffee break and a chat with Paul Haines and Clint Wojtyle, both were struggling and both were beating me hands down. The sun had buggered off so I made up my mine to go on the 11 o clock swim and fish 3 mm expander over micro and keep just to this feed. It took a while but I had a small F1 followed by six Skimmers in six put-ins – happy days – could I win the Silvers? No sooner than I thought this the swim died catching only two more tiny Ronnie’s. With only 45 minutes of than match left I overheard Clint say he had 7lb of Silvers, which was more than my net estimate so instead of persevering with the Silvers I switched to the LH margin with tripled dead red maggot in the hope of Carp. First put in I had a 3lb carp quickly followed by a 2lb Carp. It wasn’t until the last eight minutes that I hooked another Carp thinking that there was time for another before the end - not, as it took fifteen minutes to land the 13 pound Common. My Silvers weighed in at 6lb 4oz for third Silvers on the and the Carp weighed in at 18lb 6oz for a grand total of 24lb 10oz for a lake win (just beating Clint by ounces). So my bad luck might be over - lets hope so. 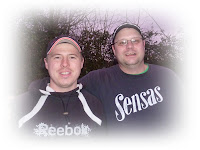 "When was it that they stop repairing them with new valves"

This was around the era they introduced Colour...