Isn’t everything nice and green!! Yet again heavy showers – jacket on – jacket off - jacket on ….., until half hour to go then torrential rain and thunder - jacket staying on! The Coffin Dodgers were on Withy Pool today and for some reason there was a good turn out, probably due to the mob not having a match today. For the first time Colin held the draw in the Withy Pool car park.

I drew peg 47. A peg I have won both the Silvers and Carp from, so was chuffed with this peg. But not as pleased as Terry Bruton who drew peg 50 and ran to his peg, Terry was nearly set up by time I got to mine! I kept to my usual plan of fishing for the Silvers for the first half the match, then on to the Carp, but only if the Silvers dry up. I was fancying the left hand margin as I had caught some big Carp there in a previous match. However, I started on the caster and had a run of Ronnie’s, but the going was hard. I decided that 10lb would be sufficient to frame in the Silvers, so when I thought I had reached this target I went in to the Margin – nothing - not even a Ronald willing to play football with my paste. I then went out on the pellet at 7 metres and – nothing. I decided to fish paste on the same line and had a run of six Carp to 18lb 14oz, losing one through bad knot tying! I weighed 10lb 13oz of Silvers for second in the Silvers and 60lb 12oz of Carp for a total of 71lb 9oz and first overall and a pick up of £25. I did say at the weigh in that I had a twenty pounder in the net and would run home naked if it wasn’t. However, I didn’t account for it losing 1lb 2oz whilst in the keep net!! 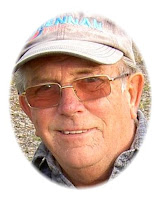 (pictured right) won the Silvers by a mile with 24lb 8oz of Skimmers from unfancied peg 49 – remarkable Silvers weight on the day. Bob caught the better stamp fish on paste and the smaller Skimmers on soft pellet. Bob also add a couple of Carp which helped him in to runner up spot.

another knot came undone eh. perhaps you need a lesson in tyeing.dont tellus that you added apiece of line above the float again to get more depth did you. never a good idea when carp are the target. i think thats twice in a week innit

I moved from Bristol to East Huntspill 4 years ago and because of my location have taken up fishing again. I also used to fish the South West Winter League in the 1860s/70s, my team was the Flowerpot. I have been fishing at Landsend several times and have been following your blogs with great interest. I have looked at the match results you have published on this venue from the 4th June 2008 up to the 12 July last, you might be interested in the following statistics. The top swims at the fishery based on your results and giving 5 points for first and four for second and so on are:-

The top swims for having featured in the frame the greatest number of times are :-

Once again many thanks for the blog and please give my regards to Bob Price anf John Bennett when you next see them, both ex Flowerpot team mates and still going strong.