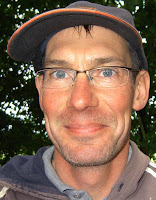 Friday night we had 44 mm of rain, followed by a mild Saturday, however, it was disappointing to wake to another hard frost. But for the first time in three matches - no ice on Spring Lake and the last chance in 2008 to win another £500. However, it was not to be. As John Bradford was "on the day organiser" he had his peg drawn for him, and out came peg 1. His face said it all. However, I did notice that his peg came from the top of the draw bag, so I went deep and drew peg 2 for the third time in three matches (It must be a flyer!!). Not today. My mate Darren Gillman drew fancied peg 17, behind the island on Spring.

I fed the pole and whip line with Lake ground bait and started on the GB feeder, which resulted in one fouled hooked 1oz Ronnie. Tried the four metre whip - nothing! Tried the pole at 13 metre - nothing. At this point I decided to set up a 3AAA waggler to fish over the feeder line. I started to catch 1 to 2oz Ronnies on maggot over caster. A switch to caster on the hook brought the same size fish. I could see Skimmers coming out on pegs 19 and 24, so decided to turn today into a practice session on the waggler. I felt I got it working reasonably well and hope that it will be of benefit in the forth coming winter leagues at Viaduct. I weighed 5lb 11 oz of small Ronnies for twelfth overall.

Runner up was Bob Gullick (pictured right) from peg 19 with 22lb 7oz. Again with pole caught Skimmers. I think if bob fished the match again he would win it, as he had some bad luck with duff elastics.

Third was my winter league travelling partner Bela Bakos with 22lb from Cary peg 96. I will convert him to Silverfish yet!!

Darren was very disappointed with his 3lb 10oz - at least he wasn't first out of the money for the fouth time!!!
Posted by Silverfox Match Angling at 19:01